- Etudes for the feet

"There is no shortage of organists who make their instruments roar; and while her power was never in question, Demers made the instrument sing.”

With playing described as having “bracing virtuosity” (Chicago Classical Review) and being “fearless and extraordinary” (Amarillo-Globe News), Isabelle Demers has enraptured critics, presenters, and audience members around the globe.

Dr. Demers is in continual high demand by her colleagues as witnessed by performances for numerous regional and national conventions of the American Guild of Organists, the Institute of Organ Builders and International Society of Organbuilders, the Royal Canadian College of Organists, and the Organ Historical Society. She has released multiple CD recordings on the Acis and Pro Organo labels. Her latest CD, recorded at Chicago’s Rockefeller Chapel, was released in January 2020, and includes works of Reger, Laurin, Dupré, Mendelssohn, Tchaikovsky, and Macmillan.

A native of Québec and a doctoral graduate of the Juilliard School, Dr. Demers is Associate Professor of Organ at McGill University (Montréal, Québec). She was formerly the Joyce Bowden Chair in Organ and Head of the Organ Program at Baylor University (Waco, Texas). 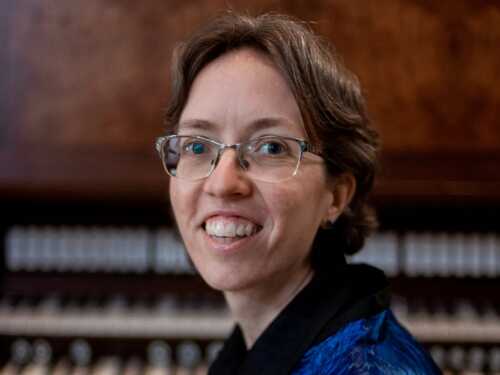